Be the first to review this product

Get BLINK free 2-day shipping on thousands of eligible items.

Choose BLINK at checkout and items will arrive within 2-days of shipping. Most in stock items ordered before 1pm EST will ship same day.

Not eligible in all areas.

Add to Wishlist
Skip to the end of the images gallery

What's in the Box?

Are you looking for an upgrade for your studio? Are you looking to get even more detail from your recordings, all while still having a natural sound? Well, there's no need to look any further. The Apollo X8 Thunderbolt 3 Audio Interface is exactly what you need.

There's a reason why Apollo has been the industry's top choice for some of the biggest albums in the world and Universal Audio has gracefully conitnued that legacy with the Apollo X8. It's new converters enhance it's recordings in such a great way, allowing you to hear even the most subtle detail. However, nothing sounds hyped. Everything sounds natural, as if there were no converter produced signal at all. Whether you are working on Hip Hop, Country, Rock, or R&B, the Apollo X8 is the perfect upgrade for your studio!

With 133 dB dynamic range andTHD+N of -129 dB, the Apollo x16’s open, natural sound quality bests every interface in its class — regardless of price — and is the perfect starting point for applying UAD processing.

A Full Suite of Classic Analog Processing Onboard

Of course, a hallmark feature of Apollo is its Realtime UAD Processing, letting you run the full library of UAD plug-ins with near-zero latency. Apollo x16 includes the Realtime Analog Classics Plus plug-in bundle, so you can record and mix with the world’s only authentic Teletronix LA-2A, 1176LN, and Fairchild compressors, Pultec EQs, and many more.

Going beyond the included Realtime Analog Classics Plus plug-ins, Apollo x16 lets you tap into the full UAD Powered Plug-In library of name-brand vintage EQs, compressors, reverbs, tape machines, channel strips, and more — at near-zero latency, regardless of your audio software’s buffer size and without taxing your computer’s CPU.

With exclusive emulations from SSL, Neve, Studer, Manley, API, Ampex, Lexicon, Fender, and more,** it’s like having a studio full of iconic analog gear, in a single rack space. And unlike competing interfaces, these award-winning DSP-powered plug-ins are also available in your DAW for mixing.

With comprehensive surround monitoring support for formats up to 7.1, Apollo x16 is a boon for engineers and producers working on audio and music for video games, television, and the web. In addition, Apollo x16 offers selectable +24 dBu operation for out-of-the-box compatibility with professional mixing consoles and other high-end pro audio equipment.

Warning: This product can expose you to chemicals that are known to the State of California to cause cancer or birth defects or other reproductive harm. For more information, go to www.P65Warnings.ca.gov

Features
Reviews
Write Your Own Review 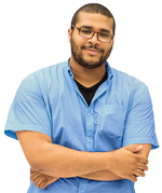 Have a question about the Universal Audio Apollo X8 Thunderbolt 3 Audio Interface ?

Our pros are available 7 days a week and are always happy to help!

More from Universal Audio
Shop all

Customer Login
or
Login with Your Social Profile Login with
Login with Facebook
New Customer? Create an account